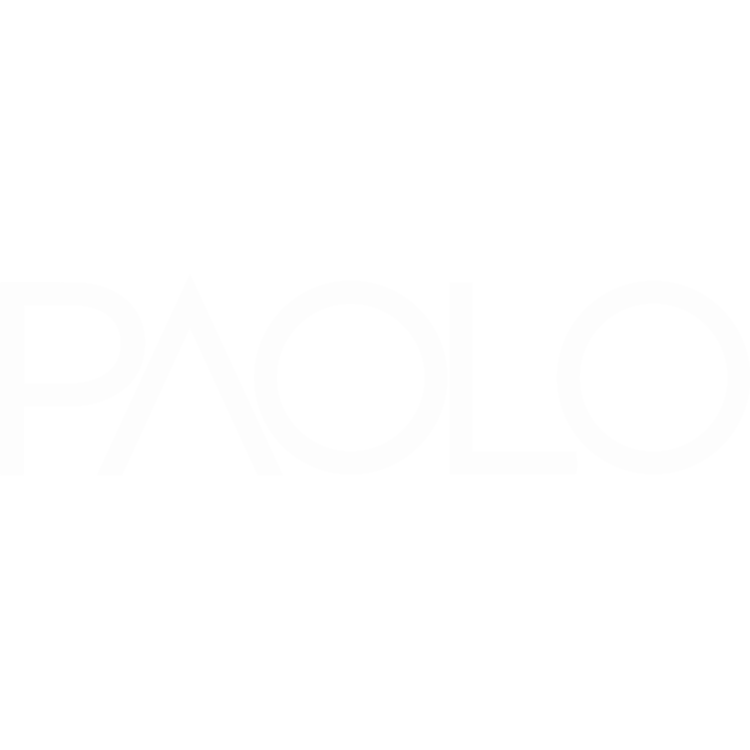 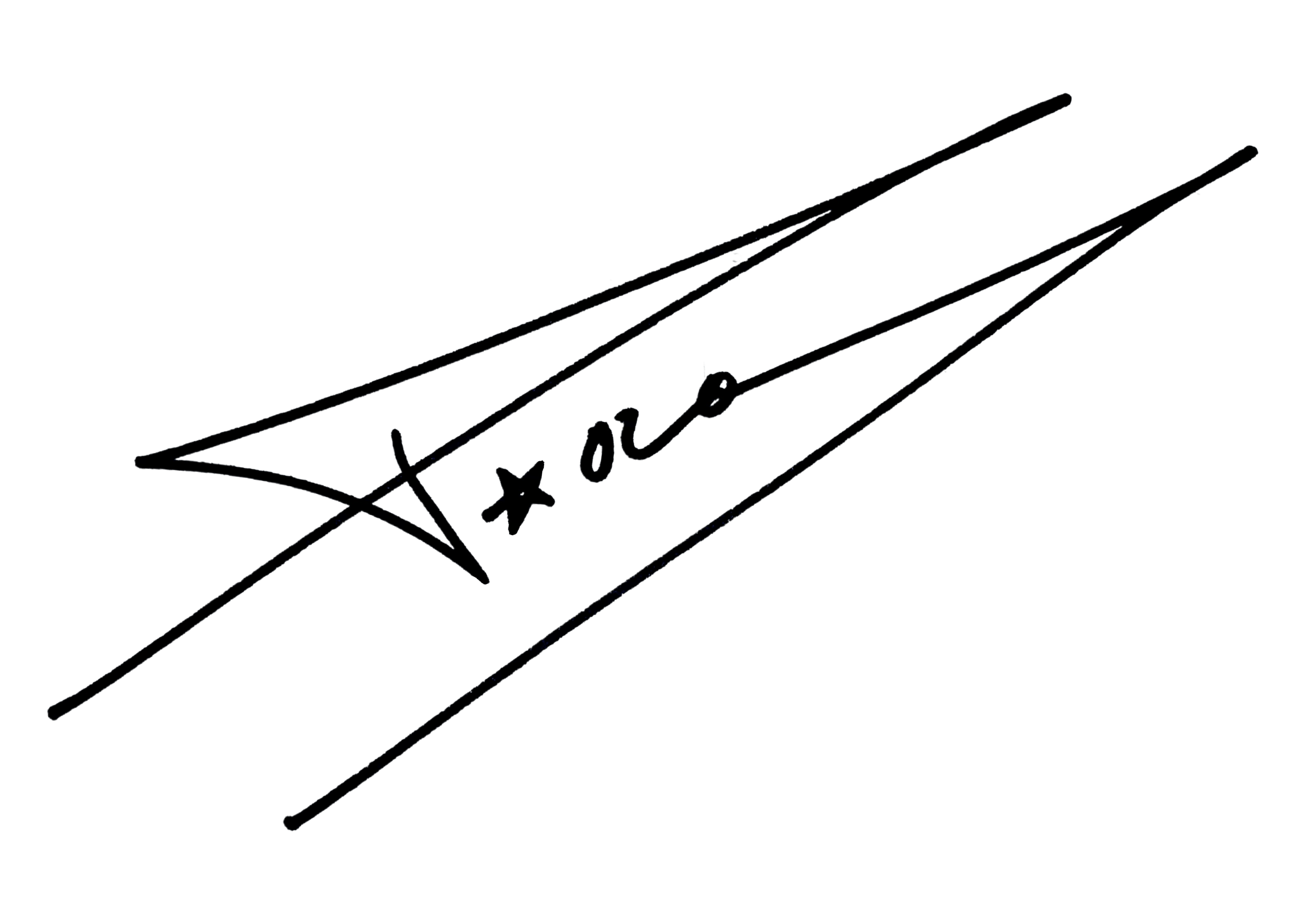 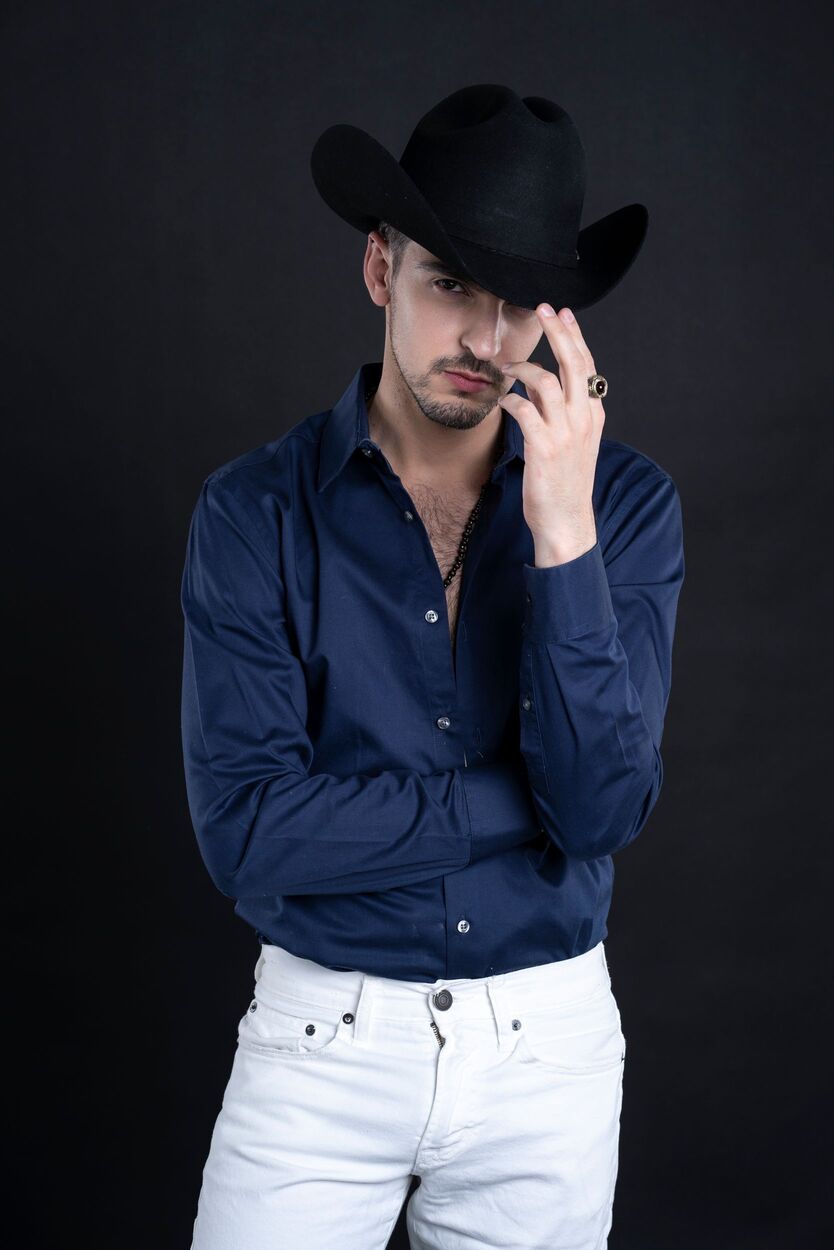 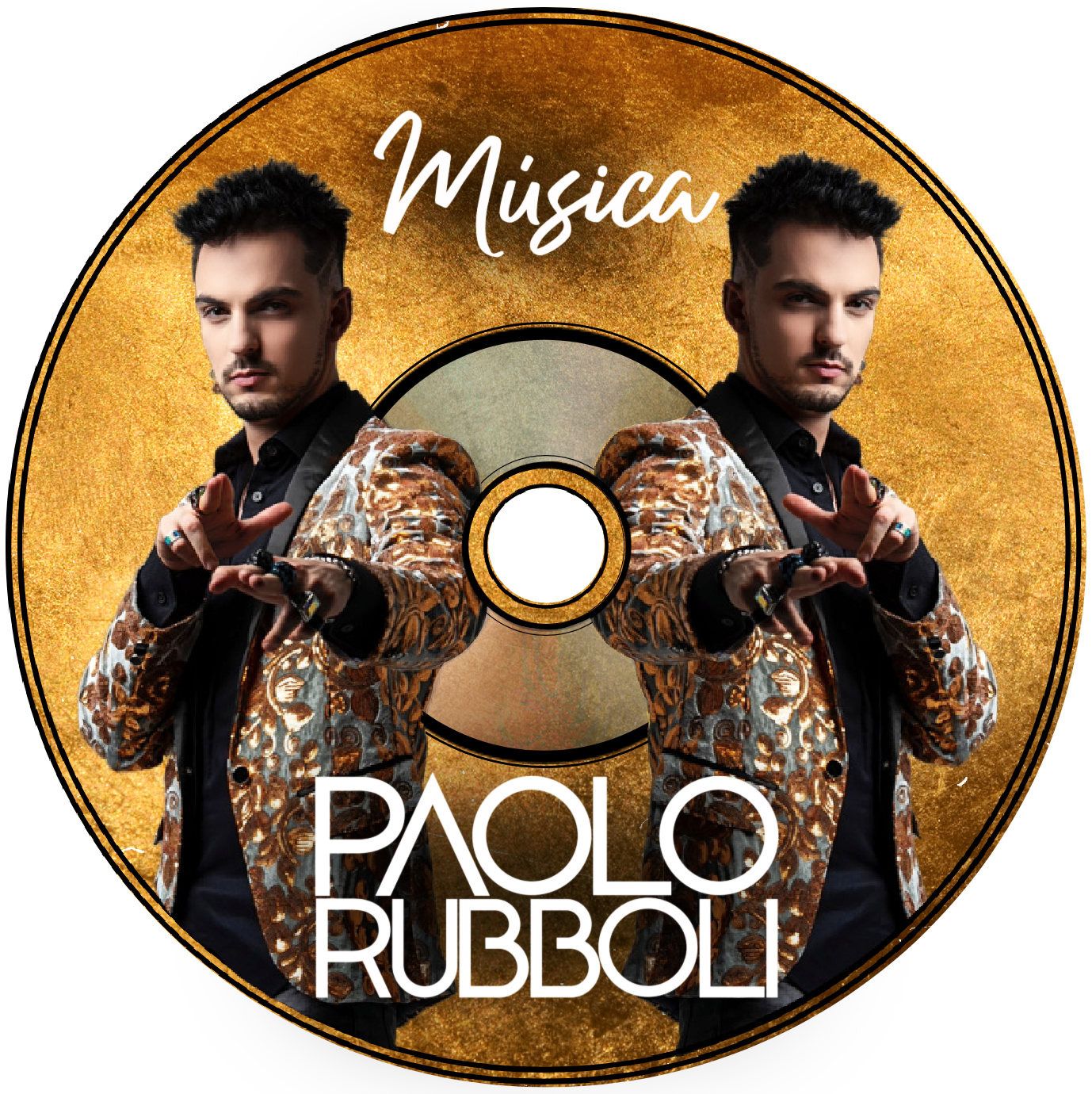 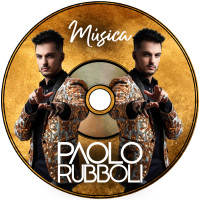 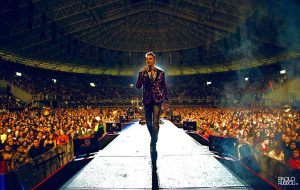 Be tenacious and achieve your vocation whatever it is!

Since I was a child I have been passionate about the world of music, the most beautiful songs that a child can hear, believe it 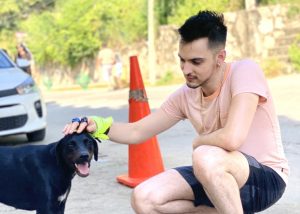 Let us take care of the nobility that does not speak but has a soul. 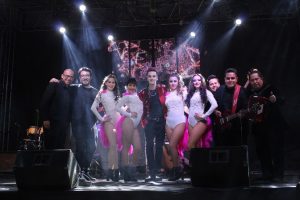 A dream that began in the mind of a child who discovered that he could sing, unique sounds came out of his mouth, he managed

Delivery times: 1 week or variable due to Covid 19 contingency

Complete the form to send us your questions or requests

Each song that I interpret or write has a mission and it is to bring my regional Mexican music, my dreams and my country to every corner of the world doing what I love and that is the magic that I will die doing. 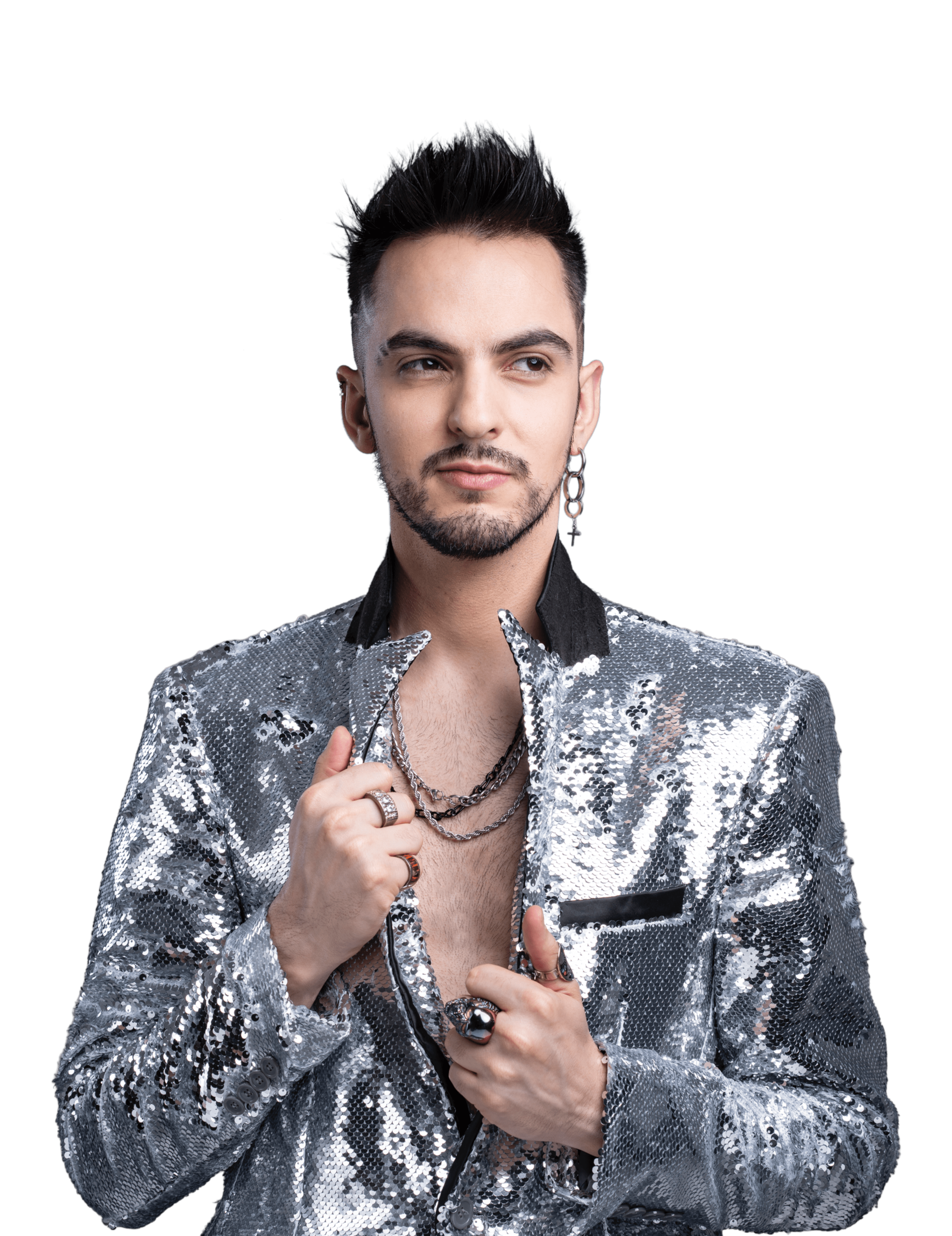 He began his career at age 8, dancing and singing regional Mexican music, studying at: The University Cultural Center CCU, The National Institute of Fine Arts (INBA), Artestudio, Forest Cultural Center, Andres Soler Institute (ANDA), with specialties like: Singing, Regional Dance, Musical Theater, Acting and Tap. Being advised by extraordinary masters known in the field of acting such as: Sergio Klainer and Jorge Zarate, the stage teacher and dancer Nora Mannek from the German Institute Hochschule für Musik, Theater und Medien Hannover Germany and with the teacher Gabriel Barajas in his vocal education from the “Centro Nacional de las Artes” and UNAM.

In 2018 he decided to open his YouTube channel where he premiered songs of different genres such as: ballad, reggaeton, pop and cumbia, changing them to a unique style, mixing the traditional cumbia with new sounds and musical instruments such as marimba, accordion, conga, timbal and many others which mixed with electronics made Paolo Rubboli’s music have its own label, placing him in the popular taste with songs like “Amigos Con Derechos” originally interpreted by Maluma and Reik, “Culpable o No” by Luis Miguel, “Calipso” by Luis Fonsi, “Como La Flor and Technocumbia” a tribute to Selena Quintanilla, These songs helped Paolo Rubboli to become known in his time of interpreting covers and encouraged the creation of a large community of fans who call themselves the “Paolovers”, the founders of his fan clubs in Mexico, the United States and Latin America, who in 2019 began to ask the singer for unreleased tracks. From that moment on, Paolo Rubboli wrote the song “No Te Voy A Soltar” together with his great friend Daniel Figueroa (nominated for a Latin Grammy), forming an extraordinary duo with whom he has created themes such as “La Loca Ramona”, “Pasaste Un Ratito” and “No te voy a soltar”, being this last one the first song of his authorship which is also inspired by his dear grandmother, person who always trusted and supported Paolo Rubboli in every moment, dying the day of the premiere of this song at national level in radio, TV and digital platforms. This music theme conquered the taste of the publishers of several platforms and general public, placing him in the “Top Viral of Mexico” and in the first places of different playlists: Solo Pop, Cumbia Sonidera, Top Viral Mexico, La Reina Éxitos Del Regional Mexicano, Cumbia Millenial, 100% Cumbia, among others.

This event marked the history of Paolo Rubboli and encouraged him to continue composing to life itself, to adversity, to dreams and love, from that same passion has also born its motto: “Mas Cumbia con Amor” present in all its unpublished songs and covers.

The video of “No te voy a soltar” was recorded in Mexico City at the foot of the El Ajusco mountain with the production of Persa Management & Show and the collaboration of CTT Expendables & Rentals.

Video clip directed by Venezuelan Gabriela Noya, showing a love story between a couple with extraordinary color shades when they are both together providing a cold and gray contrast when the young man has been left without the love of his life. This video had the opportunity to compete for “El Festival Pantalla De Cristal” at the Cineteca Nacional, Mexico City.

The production of Paolo Rubboli’s songs as well as the instruments from his show “Más Cumbia Con Amor” live set were recorded in Iztapalapa in Mexico City, at Frat Récords same studio owned by Los Angeles Azules with Elías Mejía and the Grammy winner with Sonora Santanera, Engineer Fernando Montaño, under the production of Persa Management & Show.

In the production of “No Te Voy a Soltar” destiny put Paolo Rubboli in the way of “Huarachin and Huarachon” (the brothers Juan and Aron Campa) in their morning program, who baptized him as “El Millenial de la Cumbia” (The Cumbia Millenial) for being one of the few young exponents of the Mexican regional in choosing this genre, this slogan has accompanied Paolo Rubboli in his tours and presentations throughout Mexico, the United States and Latin America.

In 2018 Paolo Rubboli was awarded the “Hayek International” recognition as revelation artist of the year, later in 2019 he was recognized as revelation artist at the “Santuario Artístico de Aguascalientes” as well as acknowledgements at the festivals of Radio de Amor FM, La Comadre and VIP concerts in the State of Mexico.

In 2020 he launched the theme “La Loca Ramona” which was positioned in the first places of the Mexican National Radio and was promoted by the first actress and singer Carmen Salinas.

The official video was recorded in the Barrio Bravo of Tepito in Mexico City that displays the traditional colors of Mexico, its dances and the strength of its beautiful women.

The pandemic that hit the world in 2020 inspired Paolo to create “Pasaste Un Ratito” a track whose video was recorded in Naucalpan State of Mexico in a forum located inside a marble factory, under the strictest hygiene and sanitation regulations.

Paolo Rubboli continues both to composing songs and making digital content, both for his known fan based Paolovers and for the most demanding tastes of the Mexican regional music.

“My mission in life is to put the name of Mexico on high, taking my music to every corner of the world”

PRIVACY NOTICE In accordance with the provisions of the “Federal Law for the Protection of Personal Data”, Persa Cine Video SA de CV declares, to be a company legally constituted in accordance with Mexican laws, with address at: Detroit 23 Int. 204 Col Christmas Eve, Benito Juárez, CP. 03720, Ciudad De México, México and as the person responsible for the processing of your personal data, makes you aware that the information of our clients is treated strictly confidential, so when providing your personal data, such as: Full Name, Address, Federal Taxpayers Registry, Home, Office and Mobile Phones, Email. These will be used solely and exclusively for the following purposes:

1. Information and Provision of Services.

3. Any analogous or compatible purpose with the previous ones.

These will be used solely and exclusively for the following purposes:

2. Any analogous or compatible purpose with the previous one.

3. Information and Provision of Services To prevent unauthorized access to your personal data and in order to ensure that the information is used for the purposes established in this privacy notice, we have established various procedures in order to avoid the use or unauthorized disclosure of your data, allowing us to treat them properly. Likewise, we inform you that your personal data may be transmitted to be processed by people other than this company. All your personal data are treated in accordance with the applicable and current legislation in the country, therefore we inform you that you have at all times the rights to access, rectify, cancel or oppose the treatment that we give to your personal data; Right that you can enforce through the Privacy Area in charge of the security of personal data at the telephones: 56-1862-9883, 55 7258 0118, 55 7159 1550 or by email: info@persa.com Through of these channels you will be able to update your data and specify the means by which you wish to receive information, since in the event that you do not have this specification on your part, Persa Cine Video SA de CV will freely establish the channel it deems appropriate to send you information. This privacy notice may be modified by Persa Cine Video S.A de C.V, said modifications will be duly informed